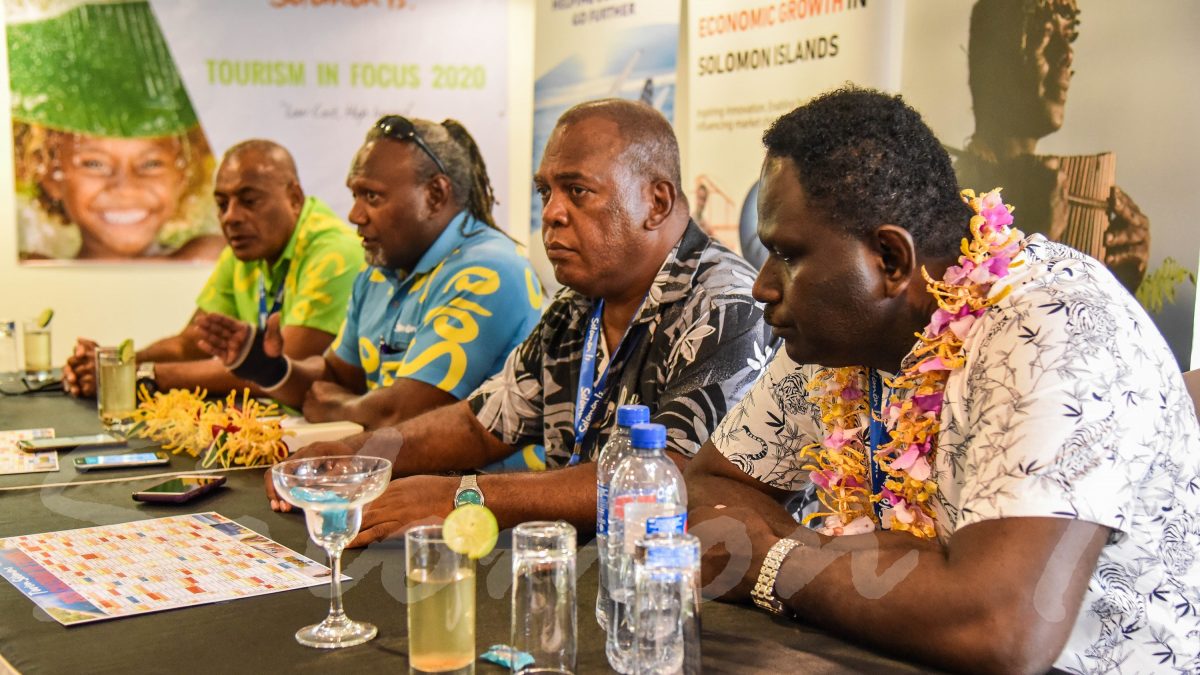 Tourism Solomons is once again leading the tributes for another of the country’s acknowledged tourism pioneers, Solomon Airlines’ manager – commercial, Colin Sigimanu who passed away suddenly on 21 February.

A larger than life character, Mr Sigimanu was extremely well respected across the South Pacific aviation and tourism sectors and is acknowledged as having played a key role in helping to increase the airline’s regional and domestic network in his more than 30 years rising through the management ranks.

He is also recognized for his input into the country’s tourism sector where he was actively involved in many projects, most recently the Solomon Airlines Peace Marathon, and the highly successful ‘Iumi Tugeda’ domestic holiday initiative which has been instrumental in keeping many local hotels, resorts and operators open for business during the country’s near two-year lockdown.

Mr Sigimanu also enjoyed a very close connection with the late Josefa ‘Jo’ Tuamoto and the Tourism Solomons team where he was treated as family.

Paying tribute to Mr Sigimanu on behalf of the Tourism Solomons board of directors, Tourism Solomons head of sales and marketing, Fiona Teama said the airline, and for that matter the entire Solomon Islands tourism community, had lost a true champion.

“Colin was an extremely proud Solomon Islander who brought his culture to the fore in everything he did,” she said.

“His role at Solomon Airlines and his close cooperation with the Tourism Solomons team was pivotal in the Solomon Islands achieving great strides in both the regional aviation arena and on the international tourism stage.

“The Solomon Islands tourism industry honours his memory as someone who set an amazing example and left an incredible legacy both for our industry and generations of aspirational young Solomon islanders to come.”