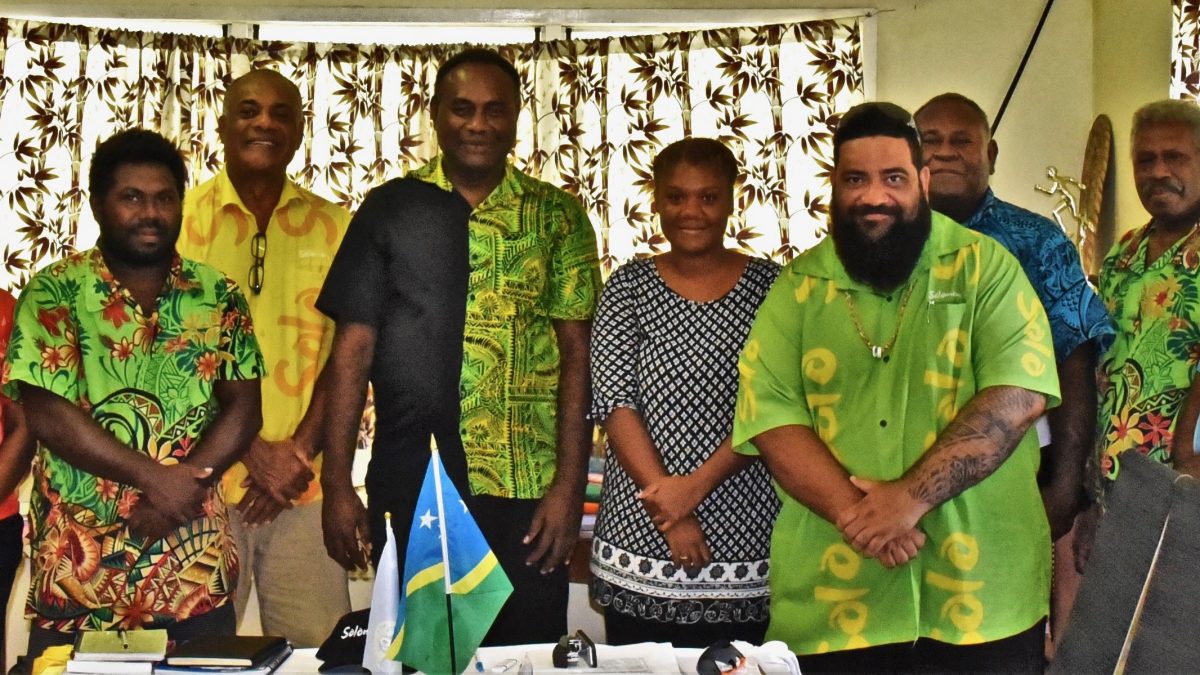 Honiara, Solomon Islands – A major component of its five-point strategy to rekindle the Solomon Islands’ tourism sector’s fortunes in a post COVID-19 environment, Tourism Solomons has begun taking  the steps it deems necessary to help the country’s regions prepare for when international visitation resumes.

To this end, the national tourist office has embarked on an extensive  program which will see Tourism Solomons CEO, Josefa ‘Jo’ Tuamoto and his team travel to each and every province where meetings are scheduled to take place with regional government officials and tourism operators.

While domestic tourism opportunity remains high on the meeting agenda, the discussions have also been designed to revolve around how regional tourism operators can build on existing tourism offerings while at the same time look at  ways in which new product can be developed.

CEO Tuamoto and his team have already commenced the program, last week meeting  with senior provincial government officials, tourism and cultural officers in Tulagi and Auki.

A key outcome from both meetings have seen  the national tourist office pledging its resources to both local governments and tourism operators in helping to construct a number of  annual event packages targeting initially the Honiara domestic market but eventually, international visitors.

In Tulagi these include a celebration of the province’s 40th Second Appointed Day, anniversary in June, a triathlon-inspired ‘Tulagi Challenge’ and activities focusing on the region’s rich WW11 History, among them a commemoration of the ‘Blue Beach’ landing by US forces on 07 August, 1942.

Plans for Malaita include a  resumption of the world-famous Shell Money Festival, cancelled this year to COVID-19 precautions, and festivity promoting the province’s Second Appointment Day in August.

Plans to expand existing tourism product include looking at the development of new soft-adventure and experiential activities. These range from diving, fishing and birdwatching to trekking, kayaking to surfing with everything underwritten with both region’s rich and highly unique cultures.

CEO Tuamoto said while some of the country’s regions had benefitted from a much-diluted  tourism intake driven predominantly by the resident expatriate population, it was time for the local tourism industry to start readying itself for life in a post COVID- 19 world.

“My team and I have pledged our fullest support and are 100 per cent committed to helping our regional governments and tourism colleagues make this a reality,”  he said.