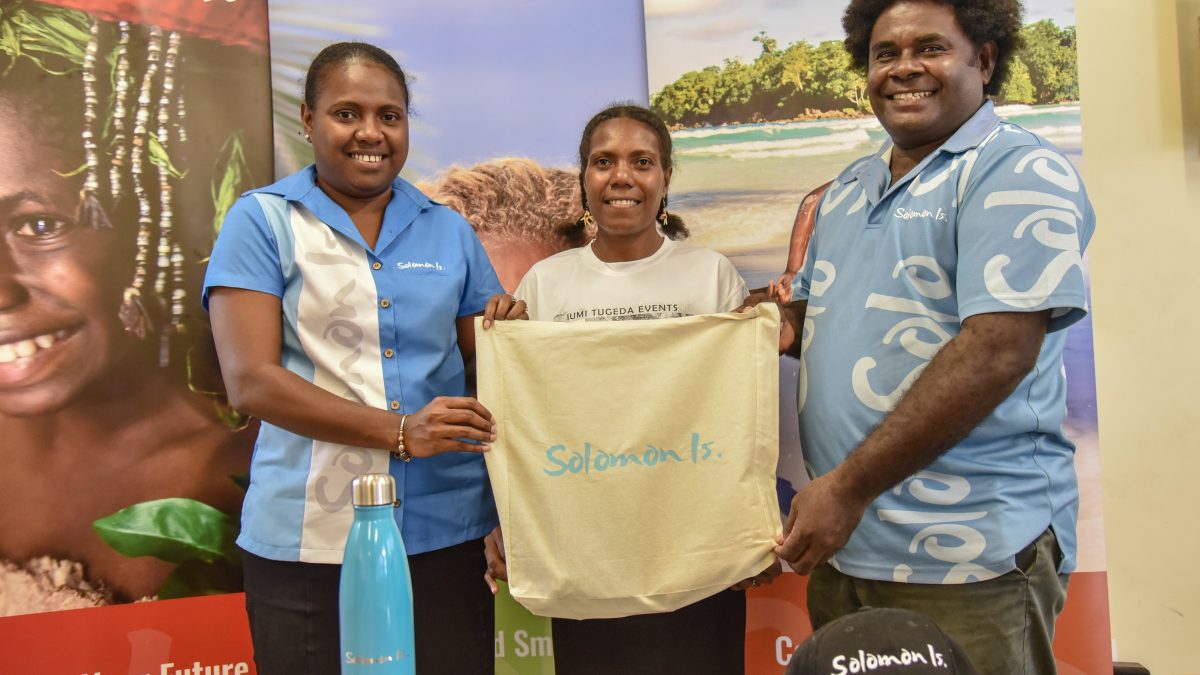 Honiara, Solomon Islands, 20 October 2021 – With the Fly Solomons Peace Marathon just days away, Tourism Solomons has chosen the timing to name one of the Solomon Islands best-known athletes Sharon Firisua as its first-ever tourism ambassador.

Sharon needs no introduction to the people of the Solomon Islands.

Hailing from Malaita, she has represented her country at two Olympic Games – Rio 2016 and Tokyo 2020 – and was the first Pacific islander to compete in an Olympic Marathon.

She is no stranger to the Fly Solomons Peace Marathon having won the 5km race in 2010, the event she says was the catalyst for her ambition to compete at the highest level on behalf of her country.

Sharon’s first activity in the tourism ambassador role will be to represent the national tourist office in this weekend’s Fly Solomons Peace Marathon.

In the bigger picture, she will represent and support Tourism Solomons in its domestic activities and also on an international basis where her high profile as an Olympian and Pacific Games medallist will play a big part in helping to bring awareness to the Solomon Islands hosting of the 2023 Pacific Games.

“I would also like to thank the organisers and sponsors for making this event happen,” she said.

“This event provides an avenue in which local athletes local are able to showcase their talents and events that every athlete looks forward to taking part in.”

Tourism Solomons Head of Sales & Marketing, Fiona Teama said she and her team were humbled but also very grateful to have someone of Sharon’s calibre representing the national tourist office.

“Having Sharon as our first ever tourism ambassador represents a major milestone for us. She has made her country very proud and her acceptance of the role represents a huge milestone achievement for us.

“We look forward to working with Sharon, other athletes and the local sporting industry as we start to draw focus on the Solomon Islands hosting of the 2023 Pacific Games, not only to promote the sporting events, but also to draw visitors to our shores.

“We wish Sharon all the very best when she carries our brand in this weekend’s Fly Solomons Peace Marathon.”