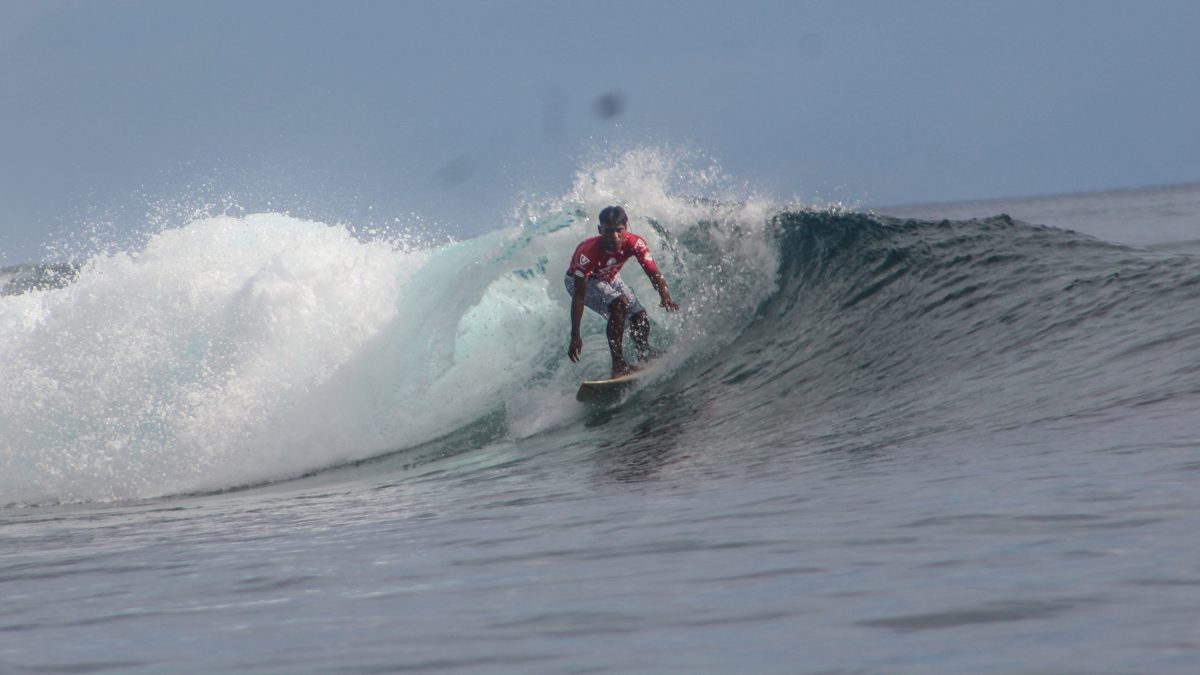 Competing against other local surfers in the event’s main event, the 2023 Titiana Challenge which takes its name from the famous left-hand reef break, Kareba went one better than his 2022 result when he clinched the number two spot.

Kareba, who hails from Titiana Village, turned in what Western Solomons Surfing Association President, Jeremy Baea said impressed the judges with his speed on the wave and style, in the process edging out his main competition, Kauriri Peter and Tautau Taumeria, who placed second and third, respectively.

In the Junior Division, PJ Peter placed first followed by Popu in second and Roland, third, their ability on the left-hander prompting president Baea to remark how overall, across all divisions surfed, there has been a huge improvement in talent compared to past competitions.

Accepting his winner’s prize, a return Gizo/Honiara air ticket provided by main sponsor Solomon Airlines, Kareba said it was an amazing feeling to win the event.

“I love this sport and the community is like family,” he said.

Coinciding with the championship, the Solomon Airlines ‘Big Air’ Award was presented to the surfer who showcased the biggest and best aerial manoeuvre.

Baea praised the wider community for its enduring hospitality and its support.

“ We are extremely grateful for the backing of sponsors for this sport in the country.”

‘’It was also great to see everyone here enjoying our event. More than 200 spectators from Gizo and also Honiara cheered our 40 athletes on – everyone has been so engaged leading up to the event.”