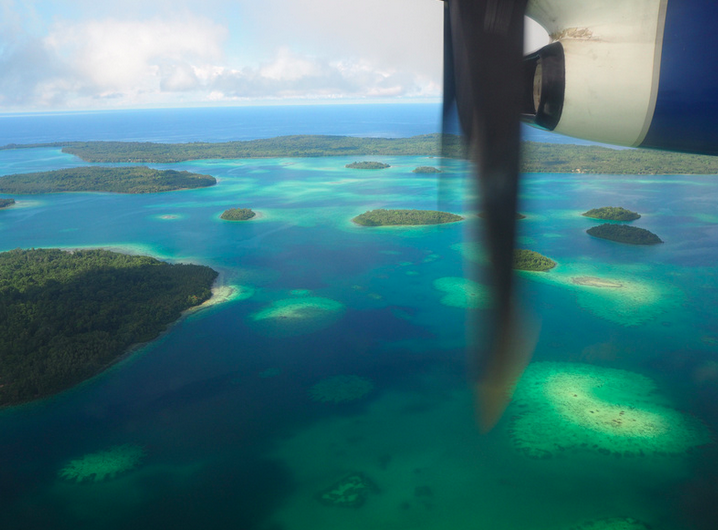 Solomon Islands is a nation of over 900 islands stretching about 1,500 kilometres across the South Pacific. Being an island nation, domestic air travel plays a big part in national transport. Unlike Indonesia or the Philippines though, there is a small population spread out across the islands. With a population of about 600,000 people (and 85,000 of those people in Honiara), domestic flights are irregular and operated by small aircraft.

Solomon Airlines has a single Airbus A320-200 which is used for flights to Brisbane and other international flights. Domestic flights are operated with Twin Otter and Dash 8-100 aircraft (propeller aircraft). Having become so accustomed to the uniformity of flying A320/737’s, I was happy to change things up with some turboprop travel.

Some of the destinations are too small to have a dedicated route, so they are included in a multi-stop route. Our flight to Munda was via Gizo. This is a triangular route that flies Honiara – Gizo – Munda – Honiara.