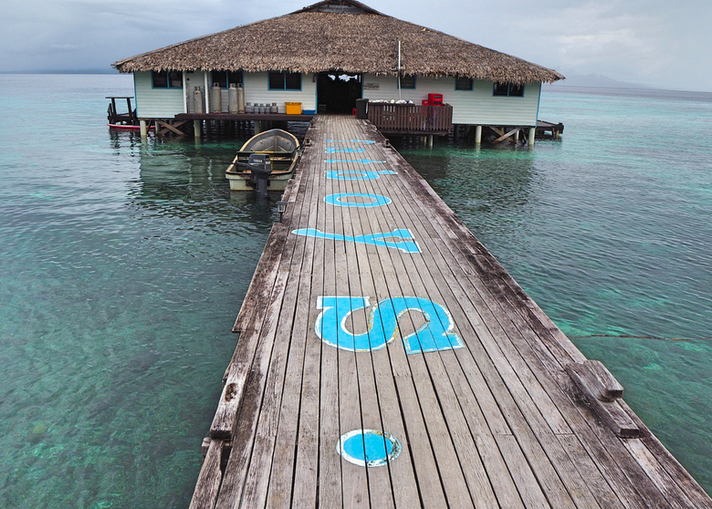 I stayed at Fatboys Resort in Solomon Islands. I was here with a media group from Australia as a guest of Tourism Solomons.

If you’ve never been to The Solomons then those names would not mean anything. It’s probably best to describe it as being on a remote tropical island, yet only ten minutes away by boat from the airport of Gizo – the second largest “city” in the country. I say “city” as Gizo has a population of 6000 people and feels more like a large market town. Getting here is an adventure in itself as it involves flying what must be one of the worlds most scenic commercial airline routes.

We came from Munda, which is over an hour away by boat. That was also an adventure that involved stopping off at some scenic little islands on the way.

Fatboys Resort has one main building that is set on a pier in a reef, and there are stand-alone bungalows on the waterfront.