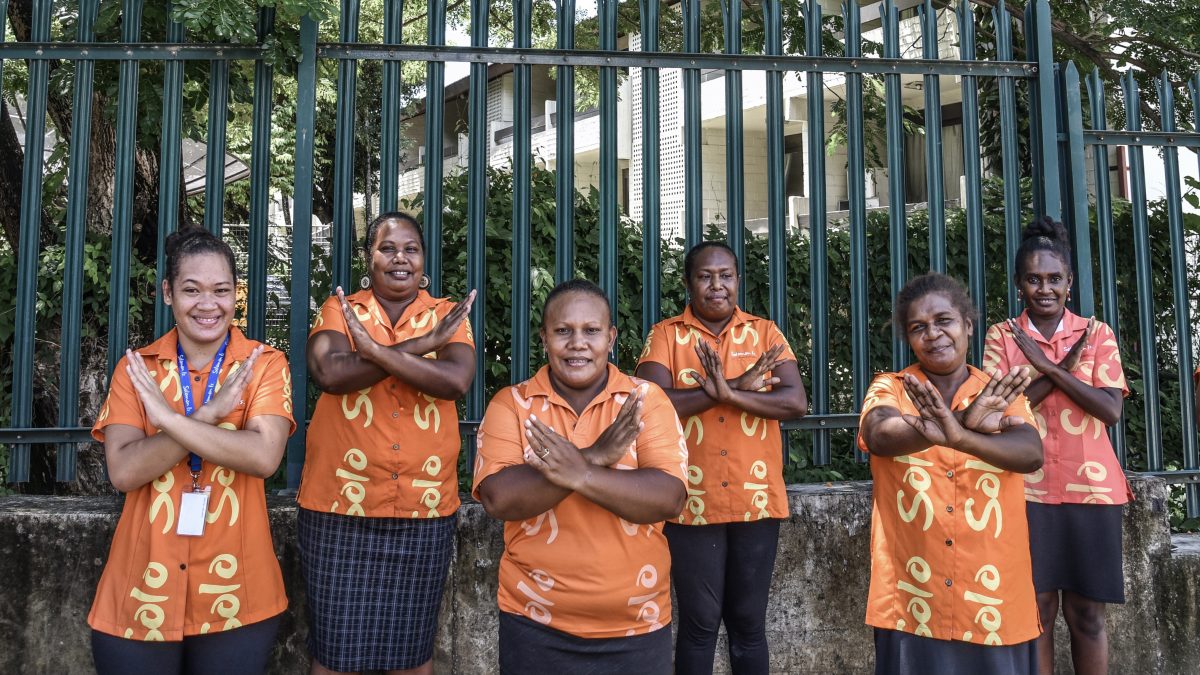 Pictured, the women of Tourism Solomons making the ‘balancing for better’ sign as they celebrate International Women’s Day 2022.

This year the theme for International Women’s Day is ‘Break The Bias’, the theme calling for a gender free world, a world that is free of bias, stereotypes and discrimination, a world that is diverse, equitable and inclusive, a world where difference is valued and celebrated.

Celebrated for many years by the women of the Solomon Islands, the origins of International Women’s Day follow on from the universal female suffrage movement that began in New Zealand. in the late 1800s with one of the earliest recorded ‘Women’s Days’ taking place in New York on 28 February 28, 1909.

The 08 March date was established in 1917 after women gained suffrage in Soviet Russia and thereafter was made into a national holiday celebrated by the socialist movement and communist countries.

International Women’s Day became a mainstream global event following its adoption by the United Nations in 1977 and today is commemorated in a variety of ways worldwide – as a public holiday, a reason to protest or even a call for change.

In western culture International Women’s Day has become, in the main, a socio-cultural event and centres on a celebration of womanhood.

Head of Sales & Marketing Fiona Teama (pictured far left) said the celebration of the day remains significant for her and her colleagues, and all women in the Solomon Islands.

“Certainly, in the Solomon Islands, the day gives us a good reason to both look back at just how much women have achieved over the years.

“It also gives us pause to consider the present where every day we are reminded not just what women have accomplished and are accomplishing, but also how accomplished women are and how integral they are to Solomon Islands, and in fact the entire world’s modern society today.”