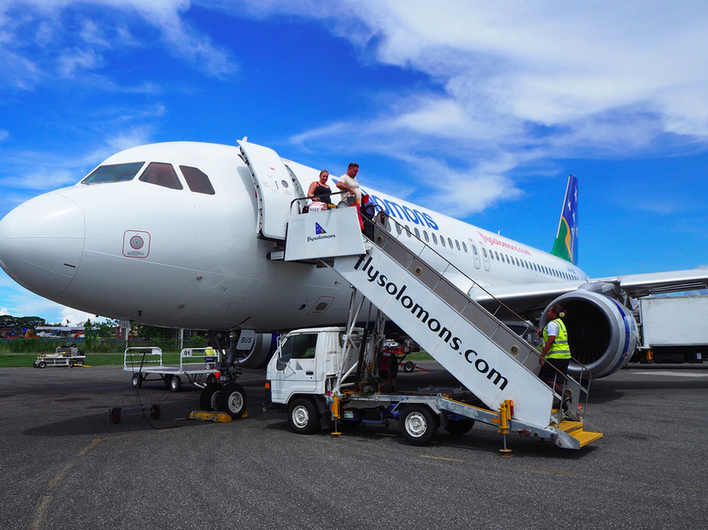 Commenting on the development, Tourism Solomons’ CEO, Josefa ‘Jo’ Tuamoto said the move to operate the carrier’s flagship Airbus A320 into the Western Province was long overdue.

“Munda is one of our primary cultural, dive and sports fishing locations. The area is also renowned for its WWII history,” he said.

“We are hopeful this new service will act as a catalyst for increased confidence in the Western Province’s tourism future, in the process attracting major investment in much needed infrastructure which the country desperately needs.

“In particular we hope the new service will stimulate investment in good quality accommodation inventory which the Western Province and for that matter, the entire destination, so desperately needs.

“Our hotelier and tour operator colleagues have been gearing up for the new service for the best part of 12 months and are obviously very excited and eager to welcome visitors arriving on the new service.

“The same applies to our overseas wholesale partners, all of whom are gearing up to offer product incorporating the new schedule.”

Mr Tuamoto gratefully acknowledged the support of the New Zealand government which has played a key role in providing a large proportion of the funding required to complete the extensive reconstruction of Munda Airport and gain Civil Aviation Authority of Solomon Islands (CAASI) approval needed for large aircraft operations.

The cost of civil works is estimated at SBD62 million (USD8.5 million) of which the New Zealand government has contributed up to SBD47 million (USD6.3 million).

This includes the installation of airfield ground lighting and navigation aids, perimeter security fencing and an airport rescue and firefighting facility, two fire trucks and a new terminal housing customs and immigration officials.

The new Brisbane-Munda-Honiara flights will operate as follows:

The new service has been timed to offer seamless connections with Solomon Airlines’ domestic services to Gizo, Seghe in the Marovo Lagoon and Suavanoa on Santa Isabel, all operated by Dash-8 and Twin Otter aircraft.