Solomons Islands is ‘Good To Go’ in Australia 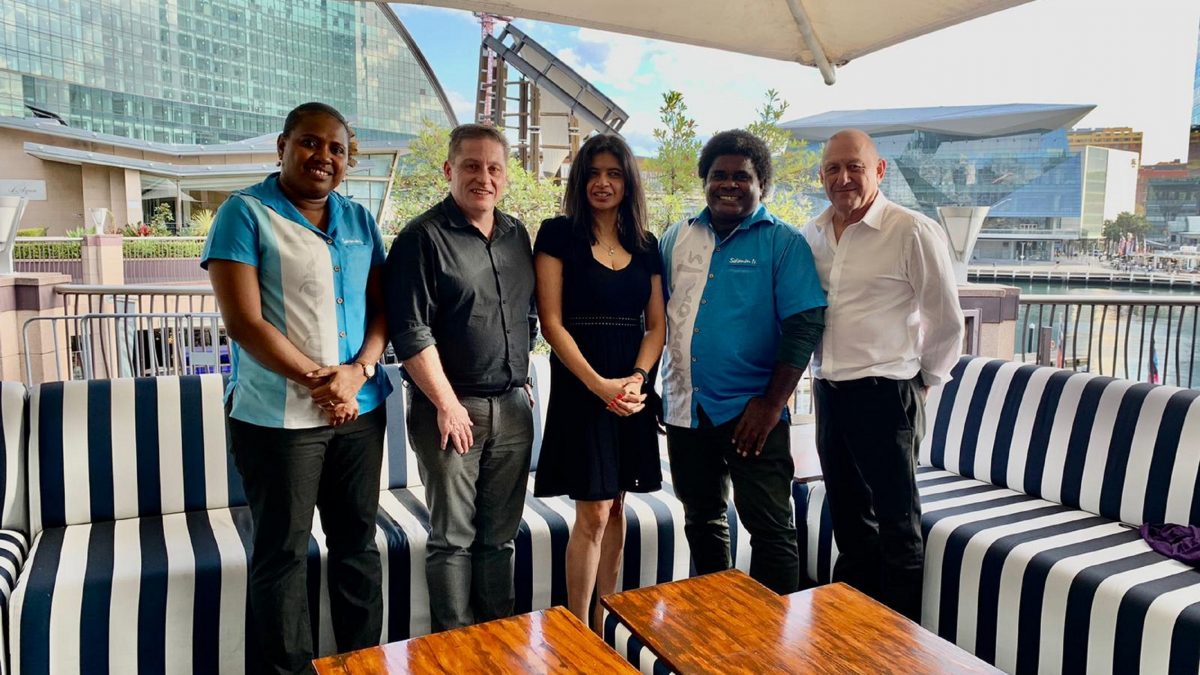 After more than 800 days cut off from the rest of the world, a  senior Tourism Solomons team has hit the ground running in Sydney and Brisbane, its aim to reinstate the destination’s presence and relationships on the Australian travel industry scene as quickly as possible.

Led by Tourism Solomon’s Acting CEO, Head of Corporate Service, Dagnal Dereveke and Head of Sales & Marketing, Fiona Teama, the team held meetings with key travel partners in both cities, with a  very clear message – it’s business as usual for the Solomon Islands tourism sector and the destination is good to go.

While in Sydney, the team including Solomon Airlines’ National Sales Manager, Raquel Oliveira, hosted 20 key travel and specialist media to lunch at the Café del Mar in Darling Harbour.

Addressing the media, Ms Teama expressed the national tourist office’s intention to see the key Australian market, which pre-COVID represented more than 40 percent of the destination’s international visitation, returned to normal as quickly as possible.

Ms Teama cited the many developments that have taken place in the country during the mammoth lockdown, including upgrades to the country’s two international air gateways in Honiara and Munda, and several new resorts in the Western Province, the destination’s main tourism corridor.

One of the biggest developments currently taking place in the nation’s capital is the construction of the sports facilities and associated infrastructure required for the Solomon Islands hosting of the Pacific Games next year.

“But we are confident, working hand in hand with our industry partners, we can get back on the road to where we were in relative time.”

Mr Dereveke said Solomon Airlines’ decision to reinstate its four weekly flights between Honiara and Brisbane from October would have an obvious  major impact on those aspirations.

“We are also hopeful Virgin Australia, having been allocated 360 seats per week in each direction between Australia and Honiara, will resume its twice-weekly flights in December,” he said.